Miami Beach Pediatrics has an Integrative, Functional and homeopathic approach to pediatrics. We work with the parent and their children to provide the best possible outcomes and get to the root causes using more natural modalities. 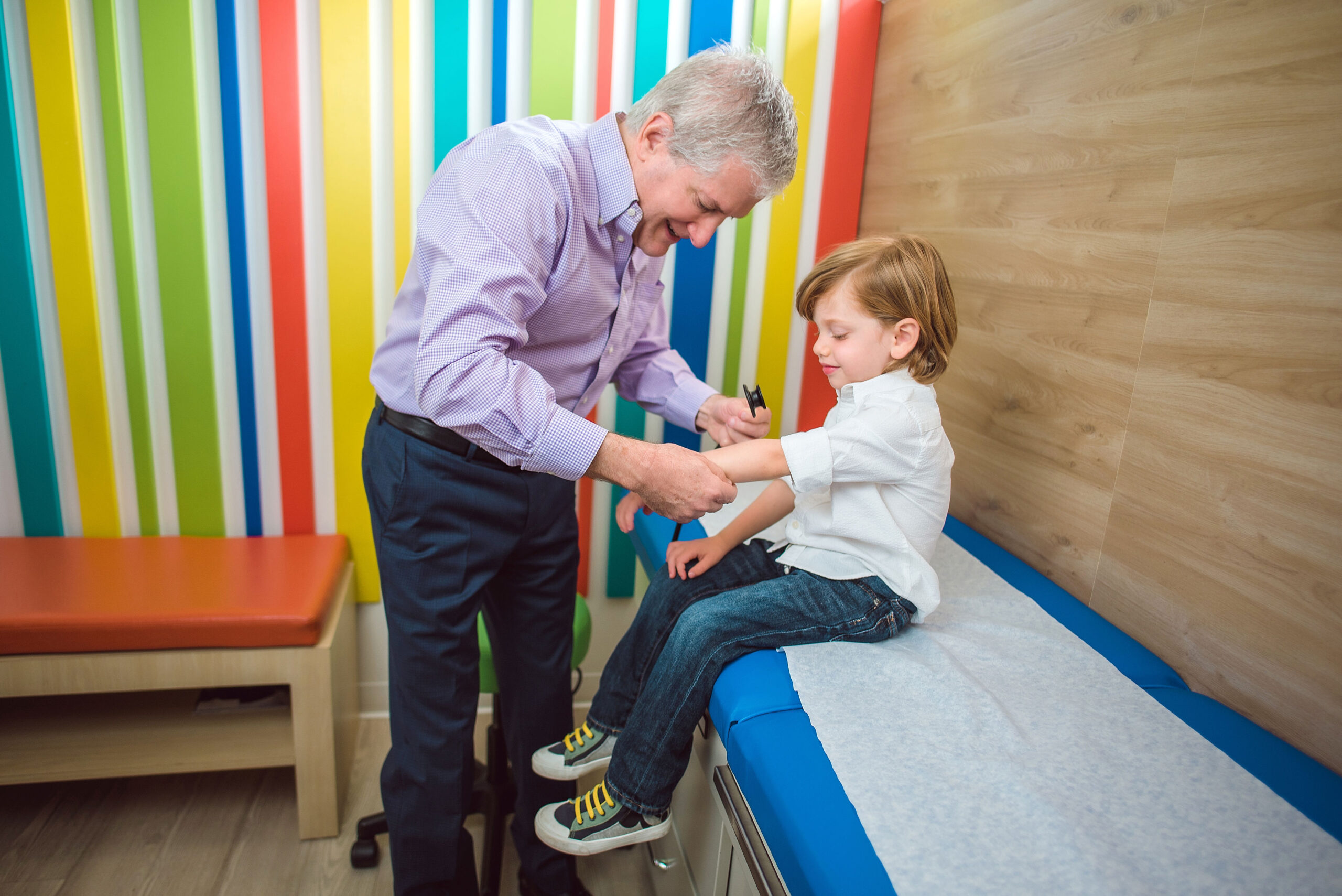 Following his graduating with a B.S. degree from Tulane University, Dr. Eisenberg received his Medical Degree from the University of Miami School of Medicine. He then trained and completed his Pediatric Redidency at LIJ Schneider Children’s Hospital in New York City, becoming a Board Certified Pediatrician in 1987. In the late 1980’s, he was a Pediatric residency professor and Pediatrician at Beth Israel Medical Center in New York City.
After moving back to his hometown of Miami, Dr. Eisenberg opened Miami Beach Pediatrics in 1992. Wanting to get back into academics, he became a voluntary Professor of Pediatrics at the University of Miami/JMH residency program.

In his quest in the mid-90’s for a more comprehensive healing approach, Dr. Eisenberg discovered Homeopathy which he studied with several masters, ultimately becoming also a Board certified Homeopath in 1998. To offer a more comprehensive holistic approach to his patients, Dr. Eisenberg has now integrated Homeopathy into his Pediatric medical practice. His goal is to provide infants, children and adolescents with the gentlest, least invasive and most effective means of healing.

Dr. Eisenberg has been nominated several times to be among South Florida’s best Pediatricians. For the last 3 years he was honorably mentioned among “Best Doctors in America” magazine and “South Florida Magazine ” as Miami’s Best Pediatrician.

Varisa Boriboon Perlman, MD is originally from Michigan, where she completed medical school and undergraduate studies as part of  the Inteflex program at the University of Michigan.  She went on to complete her pediatrics residency training at LIJ Schneider Children’s Hospital in New York City.  After residency, she joined her mother’s pediatrics practice in Dearborn, Michigan, where she practiced for nine years.  During that time, Dr. Perlman thoroughly enjoyed her professional experience as she helped the practice grow as a result of her enthusiasm for comprehensive, personalized pediatrics care.  Dr. Perlman was featured as a “Champion of Care” by Oakwood Hospital and was named a Detroit Metro Parent “Mom-approved Doc” in 2010.

Dr.Perlman is particularly interested in empowering parents in the care of their children.  Philosophically, she believes that her “job” as a pediatrician is to create strong, confident parents.   In that pursuit, she considers listening to be one of her strongest skills and attempts with every patient/parent interaction to create a treatment plan which is a reflection of both what would be recommended and what would fit the concerns of the parents.  She is also interested in integrating Traditional Chinese Medicine (TCM) techniques with her allopathic training.  To this end, she is studying acupressure to further her interest.  She hopes that by broadening her studies of TCM that she may better serve her patients and their families.

On a personal level, Dr. Perlman recently moved to the Miami Beach area from Michigan in order to fulfill a dream of raising her family in a diverse urban area with a climate suited for an active lifestyle.  She has two children, ages 5 and 7 and is enhancing her practice of pediatrics by learning first hand about the challenges and rewards of child rearing!

She is thrilled to be joining Miami Beach Pediatrics and is looking forward to strengthening the field of integrative pediatrics through its practice.